Audrey wrote in recently to say: “We want to go from Malaga Train Station to El Corte Inglés in Puerto Banus next month without spending a fortune on taxis! We´re quite happy to take a taxi for the last part but we can’t find a bus which we could take even to Marbella… can you help?”

I wrote back to Audrey to say: “If you visit the Costa del Sol bus page and check through on the Malaga Bus Schedule link you will find the timetable of all the Portillo buses which travel between Malaga Bus Station and the Marbella Bus Station.

Malaga bus station by the way is right next to Malaga train station. If you click through on my reply to someone travelling from Malaga Airport to Marbella, you will see how close they are. Look for “Salidas desde Malaga” – Departures from Malaga – MALAGA – MARBELLA and take the Express service because it is direct and does not stop anywhere between Malaga and Marbella. When you get to Marbella, take a taxi from the bus station to Puerto Banus. It will be around 15 euros during the day.

I hope that helps you Audrey and that you have a good visit to Puerto Banus.
Best wishes from Marbella Mike” 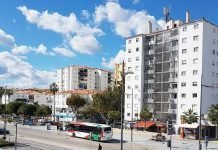